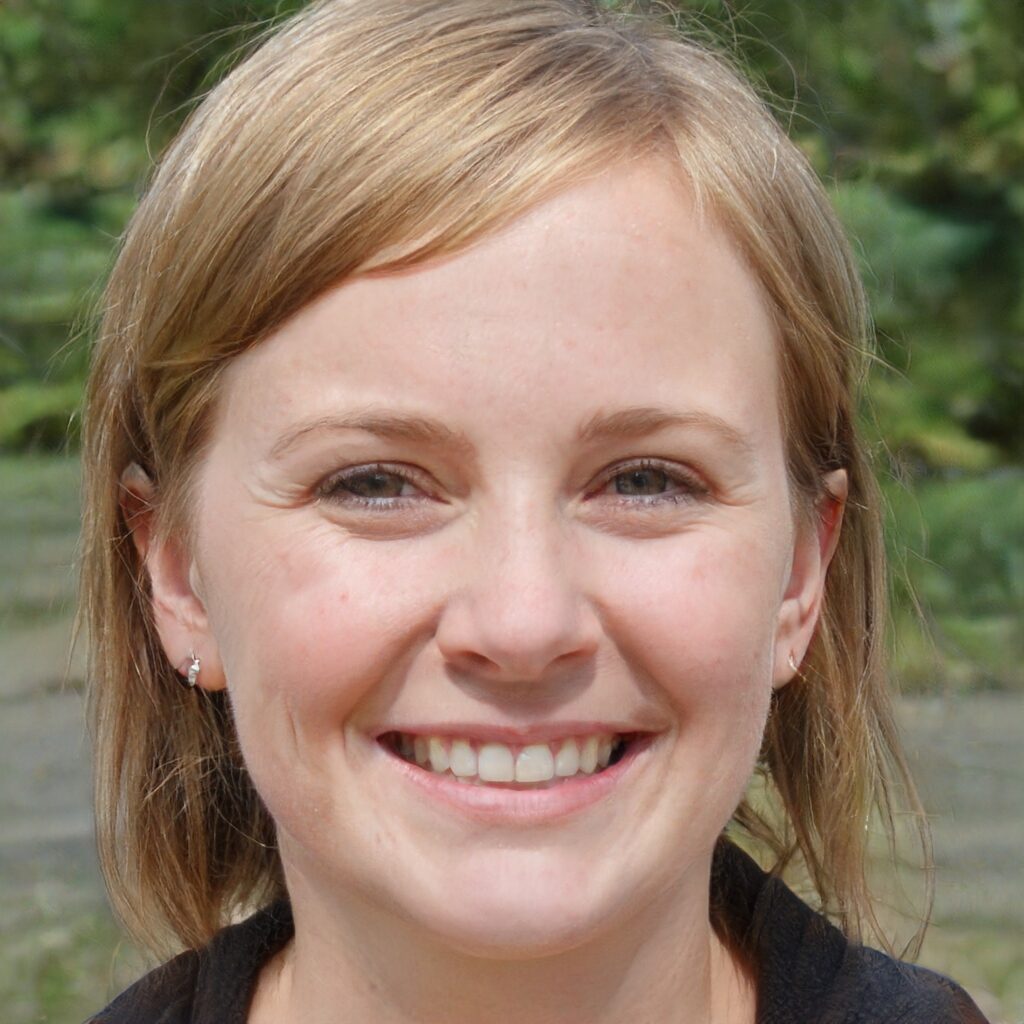 Elna Ødegaard is the current Director of the United Nations Office for Global Artificial Intelligence (UNOGAI), a regulatory body based out of Brussels which has the stated aim of “incentivizing the adoption of safe AI technologies worldwide.” With the approach of the 2021 World City AI Rankings (WCAIR), I sat down with Director Ødegaard to understand her organization, philosophy, and vision for the future.

The UNOGAI has been around since 2017, and in those four years has become a major player on the global technological stage, but it’s certainly not in the public eye. How would you describe the goals and reach of your office?

Well, I think the best way to describe what the UNOGAI is is to establish, first off, what it isn’t. There are a great many public preconceptions and half-truths about what it is we actually do. We’ve been accused of spreading dangerous and untested technology, or forcing countries to abide by some impossible idea of computerization, and neither could be further from the truth.

The UNOGAI’s core idea – what guides us in all our work – is making AI something accessible, safe and useful to the public sector. So often this kind of high technology is used in the corporate context, but AI represents an entire universe of new and useful possibilities that can help everyone, and we want to spread awareness of the benefits it can provide.

Another major misconception is that we are some kind of secret research project within the wider UN, or that we actually develop AI technologies ourselves, but again, that’s simply not the case. We’re a regulatory agency: we find good examples of AI technology that abide by the kind of safety and usability standards we’ve established, and incentivize the spread of that technology. We ourselves naturally use AI a lot, for data analysis and such, but everything we employ is public-sector and, for the most part, open-source.

Speaking of standards; there have been some accusations by a variety of corporations, mostly in the United States, that your restrictions stifle AI development. Can you speak to this?

While those accusations have certainly been made, I think they represent a fundamental misunderstanding of what we do. The UNOGAI certainly has the power to make recommendations against a piece of technology, but we are not some kind of global AI police force.

We simply encourage private individuals, municipalities and corporations to use AI responsibly and with public welfare in mind. We can of course motivate and incentivize groups who do abide by our regulations, but this kind of positive reinforcement in no way prevents anyone from developing this technology as they see fit.

Let’s talk about “positive reinforcement”; UNOGAI has distinguished itself as an organization which actively encourages competition between its members, in stark contrast to the rest of the UN. Why is that?

As I mentioned before, the possibilities offered by beneficial AI are functionally endless; we’re on the verge of a major technological revolution so large in scale that we’re only just beginning to grasp its implications.

In this kind of blank-slate, anything-could-happen environment, we feel that strict centralized control doesn’t make sense, especially for the people who stand to benefit the most from this technology. This kind of from-the-ground-up approach allows UNOGAI members to share new perspectives and new technologies, while the competitive aspect encourages us all to ensure that what we are developing is the best it can possibly be. I don’t think you’d see the same kind of spectacular results and advancements we’ve had in a more staid, static regulator environment.

You’re about to embark on the fourth World City AI Ranking Competition. What do you see as the endpoint of this constant competing for AI supremacy?

Well, I’ll stop you right there- supremacy is not the right word. We strongly encourage information-sharing within the competition, and competition at many different levels of development.

Every competing nation stands to benefit, not just the winner; we’ve even see very successful AI programs totally unaffiliated with the UNOGAI develop out of applicant cities which failed to qualify. Even the act of sitting down and asking “how can AI help my city or town” can spark positive ideas, engagement and growth.

What kind of growth do you have in mind here?

Again, the WCAIR is open to municipalities of any size; we usually select fifteen cities and five towns as final competitors. So growth is relative. But I can certainly cite some excellent examples. Singapore is our current poster-child, but it’s only one of many.

They trained an AI system to operate the city’s wastewater management program, and within a few months it had come up with a new scheme for constructing dikes and polders that reclaimed several dozen square kilometers of land, created 2000 new jobs in construction and farming, and led to a noticeable spike in drinking water quality in three neighbourhoods. All of this came just from taking a preexisting system and putting an AI in control.

On the smaller end of the scale, look at San Miguel de Azapa, Chile, a small town with a population of only a few thousand, which applied for the WCAIR in 2018. They weren’t looking to revolutionize their city layout or undertake any major infrastructure changes; the town rests on top of some incredibly important archeological sites for the ancient Chinchorro culture.

The municipality’s main project was looking for a reliable way to repave some of their larger roads without damaging potential archaeological sites. Though they only placed 6th in the competition, the UNOGAI support and public attention they did receive allowed them to complete their project, using an AI-derived algorithm to identify precious archaeological sites before roadwork commenced. End result? The city gets new roads, the local archaeology museum has a wealth of new finds, and all at a fraction of the cost of traditional surveying techniques.

So the future city projects the UNOGAI talks about are based on infrastructure tweaks and land reclamation?

I’ll admit neither of these are particularly spectacular or game-changing events, but we see the kind of change that the UNOGAI incentivizes as fundamentally iterative; get a municipality used to working with useful AI on the small scale, give it the confidence and expertise to work on larger projects, and then let it run free.

These kinds of AI projects on their own will not forever alter the course of human civilization, but they provide us with the framework for the kinds of tools that can. We have to become comfortable with these systems, learn how to use them safely, and then we can dream big.

There’s been some doubt over the “small-scale” aspect of the competition. Why does the WCAIR place so much emphasis on towns and villages in its selection process?

When we set up the WCAIR, we wanted it to be accessible to everyone, and that includes those municipalities that aren’t exactly in the international spotlight. In the spirit of developing new and unexpected technologies, we turn to dark horse candidates, smaller places like Diamniadio in Senegal or Juinen in the Netherlands to bring about novel and interesting projects. Again, it’s the ground-up approach. We have to become comfortable with the tools of AI at every level of society, in small towns just as much as in big cities.

What do you think these AI “tools” can do?

Take us to the stars, for one.

Well, look at, say, the Wright Brothers, or Albert Santos-Dumont, or any of the other early aviation pioneers; in perfecting lightweight internal combustion engines and wings, did they imagine they were starting a path that would lead to Humanity walking on the Moon?

Are you saying that space travel is the final goal of the UNOGAI?

No, not quite- we’re trying to encourage cities everywhere, people everywhere, to create the tools to build change as civilizationally important as landing on the Moon is.

What about the perceived dangers of AI tech? Does your office have plans in place for a scenario where AI might become… hostile?

(Laughs) Another misconception right there. For all the leaps and bounds we’ve made in developing artificial intelligence, the very term “intelligence” is somewhat of a misnomer. We’re not encouraging the development of “thinking machines”, but rather “machines that can think.”

Imagine the work the UNOGAI funds not so much as teaching a computer to imitate a human, but rather teaching it to imitate the kind of pattern-recognition and problem-solving abilities humans already possess, only faster and more consistent.

So no, we’re not building an army of intelligent computers to take over the world; an AI that can think like a human is actually substantially less useful to people than one that can, say, manage all the traffic flow in a major city, or give a small town a new insight into its budgeting and distribution of social services.

Well, on that hopeful note I’m sure we’re all looking forward to the 2021 WCAIR Competition. Thank you for your time, Director Ødegaard.

No, thank you! This kind of conversation is why the UNOGAI exists; we want everyone, everywhere to know that this technology is here, it’s safe, it’s practical, and it can make everyone’s lives better.